The last blog update happened in january (in french), but I keep improving this blog ! 😃 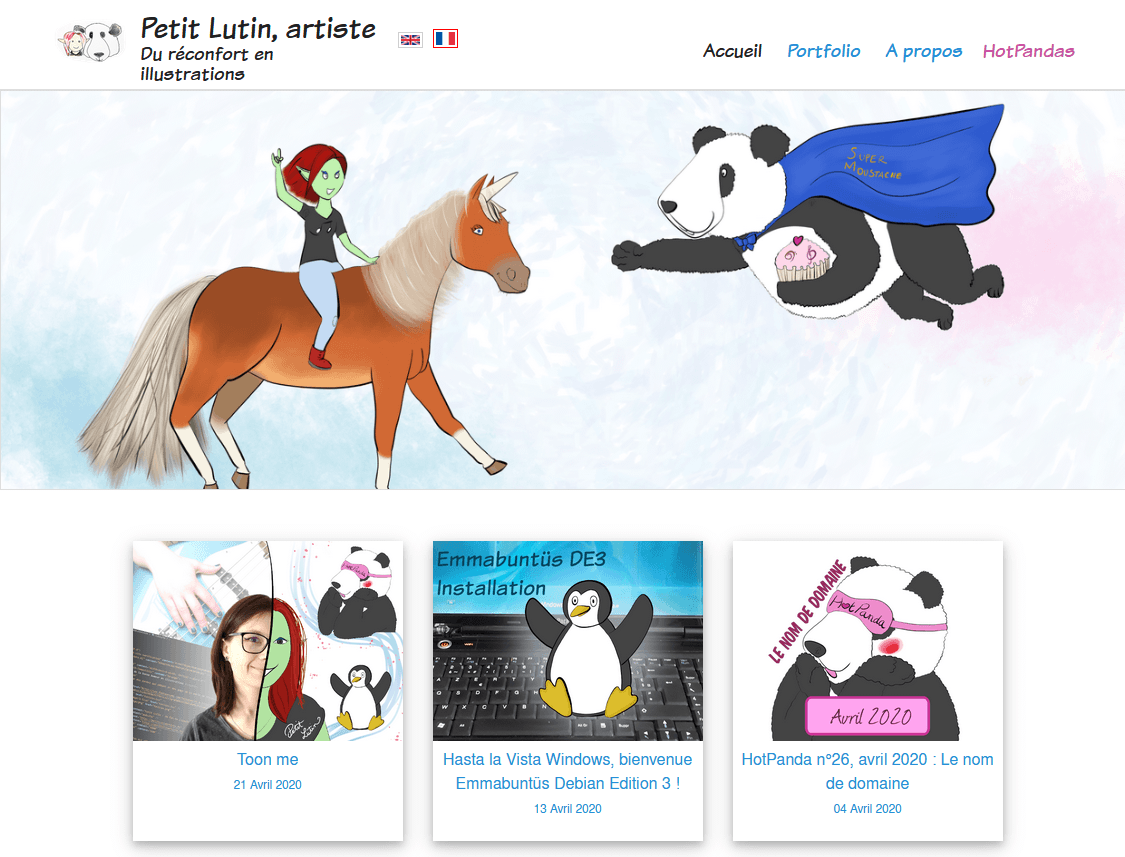 Yeah, it's the french version

And of course on mobile : 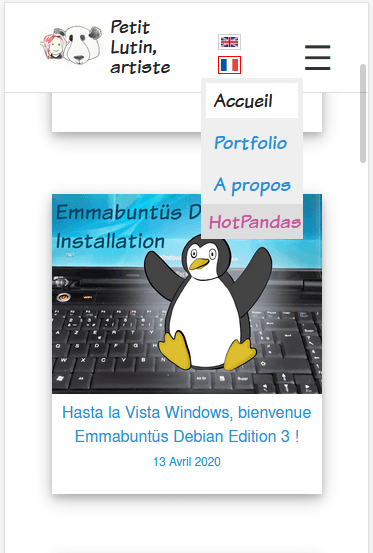 Depending on your device resolution, the design of the navigation bar can be a little bit messy because the flags can go over the title 😟 I will work on this important point and create real breakpoints for my media queries, but for now, a little fix I did was to place the flags over the title (with a higher z-index), so the flags can still be clicked on. Feel free to tell me how is the design on your device, or to send me a screenshot on the social media of your choice ! 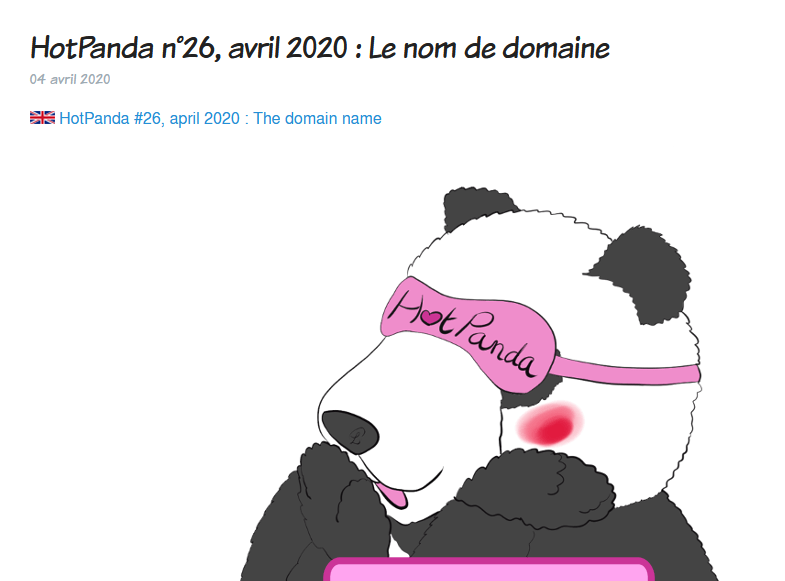 Here is the example of a french HotPanda. The english article is available, so a link with a flag and the title is notified on the beginning of the article 😃  The english HotPanda is available here.

I used to link manually each article that has its equivalent in the other language, whereas the multilang plugin I use can do it by default ! 😅 It's the plugin plxMyMultiLingue for PluXml.

That's it ! It has been a while since I wanted to allow an easy switch between French and English on the blog, and now it's done ! It will motivate me to translate more and more articles in English, I promise...

What do you think of this blog update ? 😊

Rss feed of the article's comments